Happy Friday-Eve All!! Below is the video I created, showing how I applied vinyl to the chargers below.

The Christmas RUSH is over!!!!!  I love the madness but the Cafe looks like it's been hit twenty times over by a paper, vinyl, and tool truck.  I still have 2 more chargers to do and my own family cards, but this week, I am cleaning up.  I'm tripping over my own self in the madness.  Anyway... Just wanted to share the other chargers I did.  I couldn't post until after the recipients received them.  I'm going to upload a video in a day or two, showing how I did them.

Oh, I figured out the cake pop maker.  I had the wrong baking spray.  I also followed the cake pop recipe strictly, which slightly differs from a boxed cake mix.  The last time, I was making cake pops and cupcakes with the same batter, so I stuck with the box version.  Each family received red velvet cake pops dipped in chocolate or Red Velvet cupcakes on their charger.

Thanks for stopping by.

This crafty elf is one tired woman.  I don't know if I should tell you what time I went to bed this morning and what time I had to get up.  Only God because I woke up 20 minutes before the alarm.  Funny thing is, I never feel tired while I'm in the thick of projects.  Next, who knows the secret to making cake pops?  That's the other reason why I was up so late.  I did figure out where I went wrong with the cake pop maker itself so, I had to do them the old fashioned way.  Too messy, even for this chocolate lover.  Nevertheless, these are what I've been working on the last few days, in between a few orders... Chargers, Teacher Christmas Gift, and my daughter's BFF celebrates her 10th birthday today!!!!!  Thanks for stopping by!

SCAL is my friend!!!!!  I just figured out out to get text in a circular motion, which I didn't figure out until after these were done.  Pardon the fingerprints.  LOL!! I put red velvet cupcakes on each plate based on the number of family members.  I cut an acetate circle to cover the center of the plate and taped the cupcakes to that so they wouldn't shift around.  These chargers are not designed for food consumption.  I think the back of one actually said candle holder.

Guitar is from Hannah Montana Cricut cartridge
Posted by Cassie at 7:05 AM 2 comments:

Good Morning on this cold December day!  I had to have 3 cups of hot chocolate this morning. Brrrr.  To celebrate, I'm sharing a double wall insulated cozy cup.  CHEERS!!  I just tried this for the first time last night.  It stumped me (notice none of the i's have dots?) but overall, I like it.  Now, I dare myself to finish 10 more in the next 8 days.  LOL! 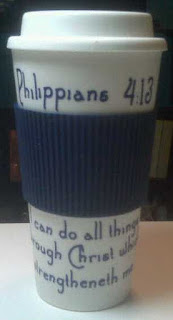 Font is called Santa Sleigh and was cut using SCAL.  Thanks for stopping by.
Posted by Cassie at 10:16 AM 2 comments:

I wasn't able to deliver the gift (scrapbook album) until Friday, so I didn't want to post the pictures too soon.  It has been awhile since I've done a few scrapbook pages, but doing albums when pictures aren't involved, take off the pressure.  LOL!! Thanks for stopping by!  Here are some of the layouts:

Here are some onesis that went along with the album.  The first 2 are iron ons I picked up from Hobby Lobby.  The others I created with vinyl:

I've been on a whirlwind for the past 2 months.  It's been one project after another.  I didn't realize until this morning, that I've done SIX photography jobs this month.  That was a lot but it doesn't ever feel like it when you are doing something you love.  At the heart of all this work, was a baby shower for a dear friend's daughter.  I wanted to include the invite, but had given my sample to someone during an October crop.  So, here are some crafty pictures to enjoy!

Small Candy Station.  I used the electronic frame to showcase pictures of the couple as children, along with sonogram pictures, and belly shots I took of them.

My very FIRST Diaper cake.  This was fun to make.  His name is wooden letters that hubby painted for me.

Another diaper cake in different colors.  The cones you see, were cut with my cricut and is the favor you use to put your candy in.

Another First:  A Banner!! What a time I had deciding how to really string this up for hanging.  My intention was to hang it over the candy station, but I noticed their table was bland, so I put it there instead.  The Looney Tunes figures are svg files.  Some of them are from Mardenz blog. Bugs (on diaper cake) was an image file, I converted to svg.

I've also been working on a scrapbook as a gift for the first time parents.  I'll be back tomorrow with those pictures.﻿  Thanks for stopping by.
Posted by Cassie at 7:14 AM 4 comments:

I had a small break from my busy life this weekend and it was much needed. There is always lots to do and not enough time to do it all. When one project is over, another is already under way. Over at Platinum Scraps this week, we had to create a LO, using the sketch below, from PageMaps. 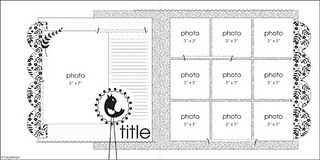 Here is my take on it:

I can't tell you all how swamped I've been with projects. In a good way though and mostly business. Here is a gift for a Scrapper/Friend/Mommy to be. 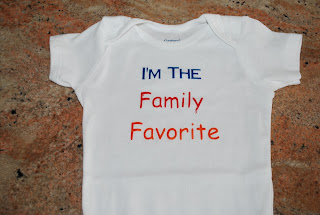 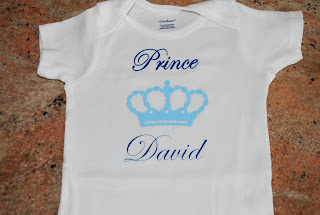 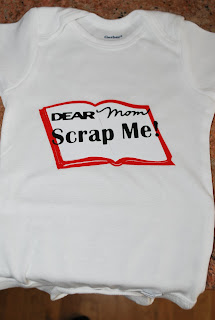 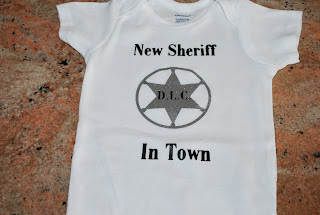 This very same friend has also abandoned traditional scrapbooks for digital, but I told her I was going to reel her back in. As a matter of fact, the baby has several 8x8 traditional pages, that she's done, of sonnogram pictures. I think he and I together will bring her back in. I started by making her a paperbag album:

Yesterday at church, we closed out our annual women's day season with our Women in White service. Each year, I like to make something special for a few women whom God would lead me to bless. I made four of these baskets: 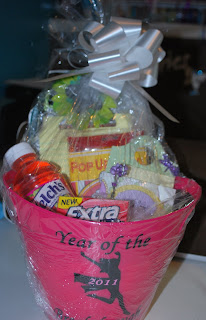 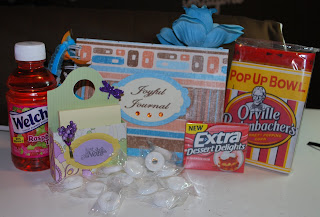 During our Women's Retreat, one of the speakers advised us to get rid of any journals that contained negative memories and for us to start a Joyful Journal from that point forwared. I used my cinch to bind the book. 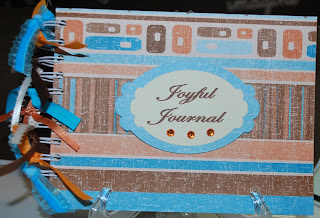 Post-It Note Holders. These were created using a sizzix die. 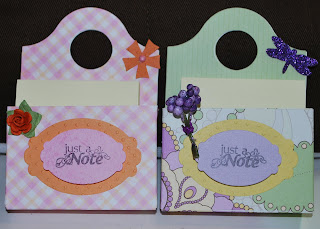 Another challenge complete. This week Celebrate the Occasion, challenged their followers to create a Birthday Easel card. Although this technique has been out for awhile, this is my very first time doing it. I was instantly hooked! I created 2 more following this one. 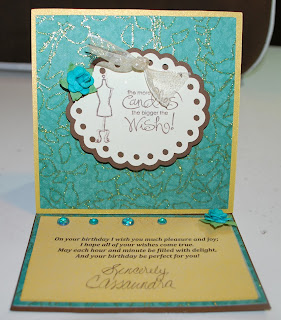 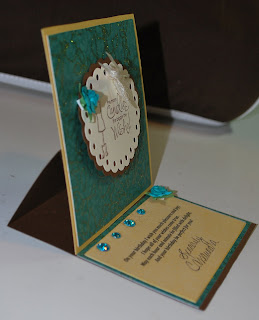 Email ThisBlogThis!Share to TwitterShare to FacebookShare to Pinterest
Labels: Birthday(F)

Another busy week for me. The orders for Tumblers and Water Bottles just keep coming; among all the other things happening in my life. I'm sending some special love to my Mom who ordered 2 for shipment to CT. Thanks Mommy!

Finally, the Elephant Wedding Program has been delivered and the Nuptials took place today. I did tell my craft family that although this was a lot of work, there wasn't anything super fancy about it. The bride is a Delta and wanted something different. Special thanks to my hubby, daughter, Lisa, Yani, Chante, Karen, and Femi(Karen's hubby) who each had a role in getting all 250 programs completed. 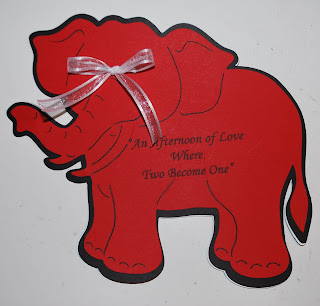 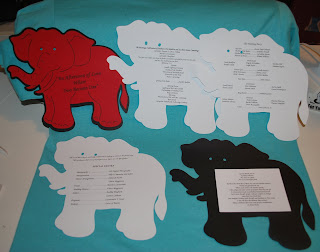 Today, the Church's Youth Group went out on our monthly outing, to see the Smurfs. The movie was really good and the kids had a blast. Oh wait, so did the adults. We giggled like little girls. After my daughter saw Papa Smurf last week, she asked for (file on mardenz.blogspot.com): 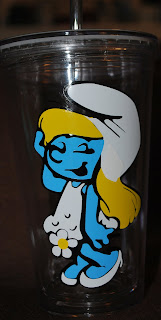 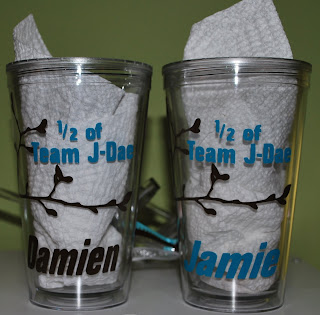 And lastly, I've been waiting to put my Fancy Frames cricut cartridge to use. My sole purpose of getting this cart was to use on vinyl projects. 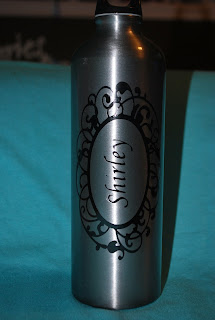 I was a winner!