My new cutting toy, "Silhouette Cameo" arrived on Friday and I couldn't wait to play.  I've used one a few times before, so I had the basics covered.  I dived in as soon as the family settled into our Friday relaxation mode.  I worked on a project for my daughter's after school mentoring program, them I jumped over to Scraps of Color, to participate in the "Friday Night Challenge".  It was hard keeping up with the challenges, but I also wasn't prepared.  Here are my two entries with my new toy: 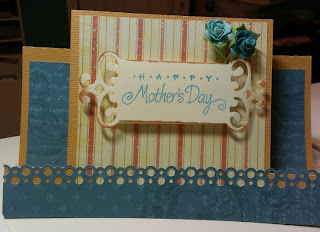 Challenge 3:  Your choice, create whatever you like a card, ATC, bookmark, LO, altered item, etc

To finish off the weekend, I got a surprise email from Wrinkle Free Diva, one of my sister-friends I met on the Cricut Messageboards.  She recognized my blog with the Liebster Award! That was a sweet surprise, especially since I've been finding it hard to keep my blog updated as I did before changing it's name. 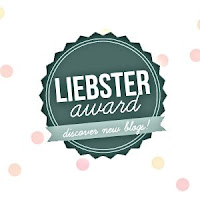 I want to say, thank you to Wrinkle Free Diva over at Still Young and Croppin!  Here are the details about the award:

This Award was designed to be a blog award in the "Pay it Forward" fashion. Once you have been nominated you award it to five blogs that you like that have fewer than 200 followers to encourage visitors to their blog.

Thank the person who gave you the award and link back to their blog. Post the award onto your blog. Give the award to five bloggers that have fewer than 200 followers. Leave a comment on their blog letting them know that you have given them this Awesome Award. Pay it Forward.

Here are some blogs that have caught my eye and I think deserve this award. Please check them out. Their work is beautiful and their styles are so unique!
Krafthead Kreations
Taylor-Made Creations
Renee Hagler
World Travel Scrapper

Thanks for stopping by!
Posted by Cassie at 7:35 AM 3 comments:

I believe when you start this hobby called scrapbooking, you have no idea where it will take you.  I also believe the longer you do it, the more uses you find for it, other than the reason you started in the first place.  When we purchased our first home, my husband painted several rooms.  One room on our initial paint list, never got painted.  Why? (1) I felt like he might have been tired of painting and (2) everyone who came over said why change the room, it matches the comforter set he already has.  That room was my son's tiny bedroom.  Although we purchased the blue paint initially, I decided not to push the issue.

I was asking my son what he wanted for his 9th Birthday and all he could come up with was a cell phone.  Yeah, right baby, try again.  Before he left for a week vacation, he decided on a room makeover (imitating what his big sister got for her 10th bday).  I was excited but didn't know how to pull it off in such a short time, especially since hubby was headed out of town for the weekend.  In the two days prior to the kids returning, hubby and  I pulled this off.  Of course we're still waiting on a bed and a lamp, but my son was so pleased and didn't care that it was 100% complete.

First layer of cream going on. (I know it looks white, but it's cream)

Hubby surprised me by adding the orange the same night.  I went to bed at midnight and thought he was coming to bed after eating a snack, but he painted instead.

While he was busy painting, I was in the Cafe cutting vinyl.  I hadn't quite figured out how I was going to place these, but I knew it was on the middle strip around the room.

I have been trying to update my blog since I returned from a crop weekend, 2 weeks ago.  Long story made short, Last Thursday, I asked my dad to hold my cell phone as I continued packing the kids in his car for them to head out of town.  45 minutes later, I realized my cell was in his car and he had just hit 95 North; all my pics were in my phone.  Then Plan B, use my camera.  BUT, I can't find my card reader.... He mailed my phone to me (thanks dad!!!!) since they aren't coming home until later this week.  Still haven't found my card reader.

The first new thing I tried this season was rhinestones.  I ordered some early March because I had an  idea swimming around in my head.  This project was a challenge. From the rhinestone material (so hard to cut through. I used deep cut housing blade with multi-cut 3) to getting the size right.  I still didn't have the right hole size when it came down to placing the rhinestones, so I had to place them one by one, instead of using the brush. Aaargghhh!! I used Sure Cut A Lot (Version 2), and I selected the rhinestone size based on the stones I had, but they still didn't fall in the holes.  I'll be going back to square 1 to try this again.  I do like how it turned out for my first try but I have a month to get this right because I need to make a few things for Mother's day.  Any tips, leave them for me, please!! 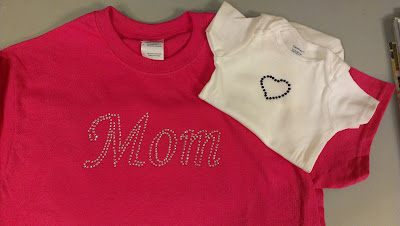 The other new thing I tried is a Silhouette Cameo. Wait, I've used the machine before, but I finally tried the Print & Cut Feature.  The machine is not mine (thanks for letting me play Lisa), but hopefully, one will show up at my door soon.  I played around with the software a week before the crop so I could prepare to get things done.  I was like a kid in a candy store once I got to do it.  I was giddy with joy making this all happen.  Here are the results:

The digi below is Sassy Cassie from Sassy Studio Designs. 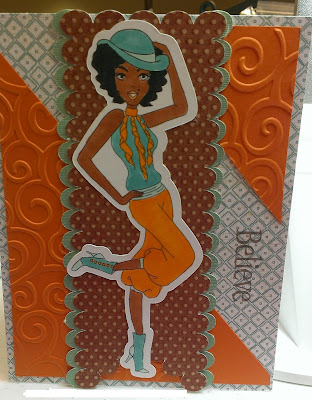 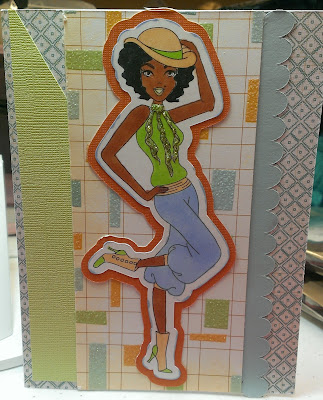 The digi below is Jesalyn from LaLaLand Crafts.  The sketch design is from MojoMonday. I love using their blog for sketch idea. 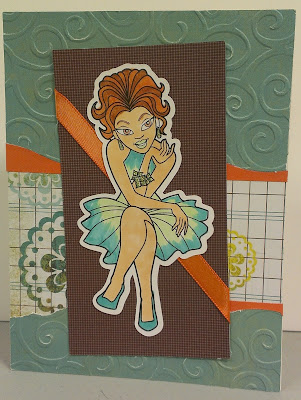 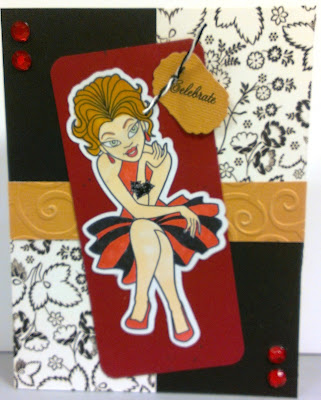 Thanks for stopping by.  I'll be back in a few days to share some page layouts.  Have a GREAT week ALL!!!﻿

I was a winner!